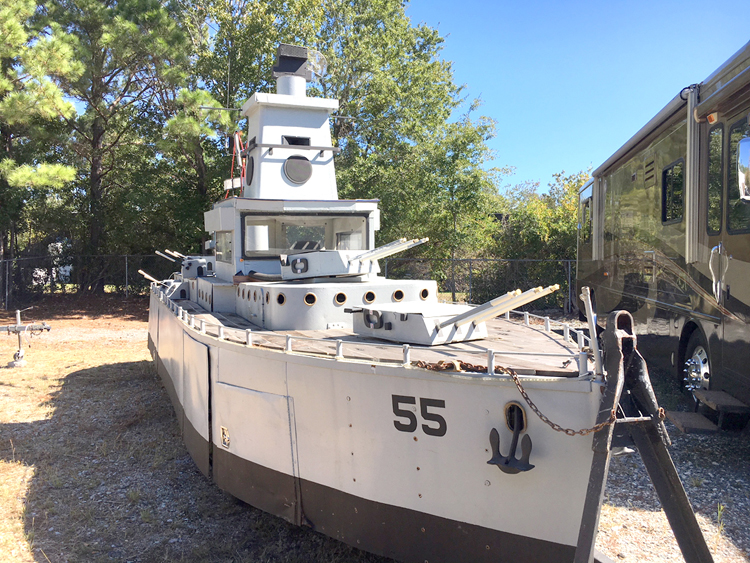 In the early 1960s, community leaders were raising money to save the World War II-era Battleship North Carolina from being scrapped by the Navy. Their vision was to bring her to Wilmington to serve as a war memorial.

As part of the fundraising effort, the Navy commissioned two parade floats to be built by prisoners to solicit donations throughout the state. The floats were scaled-down replicas of BB55, the battleship that fought in every major naval offensive in the Pacific.

One of the floats was built atop a trailer and was meant to be towed. Its whereabouts has been lost to history.

The other float was the motorized 32-foot-long, 6,000-plus-pound battleship on wheels. It has a 1952 Chevy running gear and power train from a one-and-a-half-ton truck.

The weather-worn motorized replica survived and was driven in the Nov. 9, 2019, Southeastern NC Veterans Day Parade thanks to the generosity of its past owner, Chuck Nance of Port City Auctions.

Now an offshoot of the parade committee, “BB55 Replica Restoration 501 C3” is purchasing the BB55 Battleship Replica and is working to fully restore the replica, but it needs your financial support. Please remember the spirit of BB55 and help us revive this important part of North Carolina’s history.